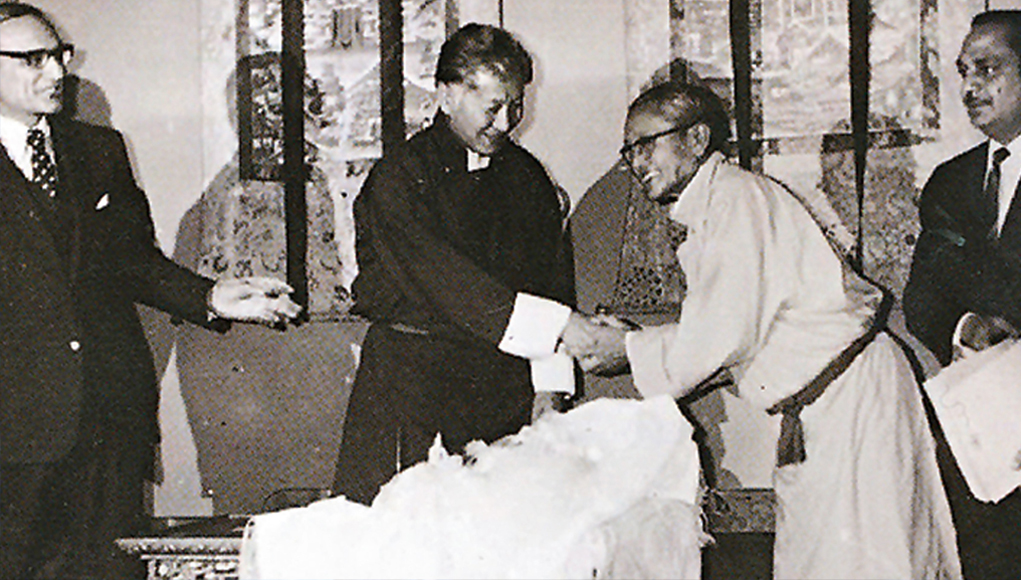 Several books have highlighted Sikkim’s transition from a monarchy to the 22nd state of India in 1975, but G.B.S. Sidhu’s Sikkim: Dawn of Democracy is possibly the first ‘insider’s account’ of the rapid interactions that ricocheted between Delhi and the Himalayan kingdom’s Palden Thondup Namgyal, the 12th and last Chogyal (king) in the run-up to the signing of the agreement.

Sidhu, then a young IPS officer and son-in-law of the former defence minister, Swaran Singh, headed the three-man R&AW team in Gangtok with the one-point agenda of getting the pro-democracy Opposition to compel the Chogyal into a merger with the Indian Union.

The book explains how the then prime minister, Indira Gandhi, “undid the wrong done by India to the people of Sikkim by denying them the right to accede to, and finally merge with, the Union of India”, by her father, Jawaharlal Nehru. “When I started writing this book, some of my friends advised me against mentioning the role of the R&AW in the merger of Sikkim,” writes Sidhu. “I did not know how such a book could be written or what useful purpose it would serve… Had there been any chance of me disclosing any information that could go against the interests of national security, an extremely security-conscious person like [R&AW chief, R.N.] Kao would not have asked me to write about the R&AW’s role in Sikkim’s merger… [T]here are situations where withholding such information from the public domain any longer becomes counterproductive…” Besides this, the author’s reservations about the Indian army’s operation to disarm the Sikkim Guards is evident. Sidhu writes that the foreign office misread the situation and panicked.

The reader is thus gifted with a lucid account of intelligence operations that uncover the shroud of mystery surrounding the tiny state’s turbulent politics. Palace intrigues and the role of the Chogyal’s charming sister, Coo Coo La, and an Indian official are entertainingly recounted.

Memorably portrayed also is the real hero of Sikkim’s transition, Kazi Lhendup Dorji, who successfully led the democratic movement only to be politically marginalized and accused of “selling his country” to India. He succumbed to pressure to merge with the Indian National Congress but shifted allegiance to the Janata Party in 1977. Sidhu brings up the rear by delineating how counterproductive this proved.

Sikkim — Dawn of Democracy: the truth behind the merger with India, By G.B.S. Sidhu, Viking, Rs 599

Of Myriad Minds by Swapna Soren