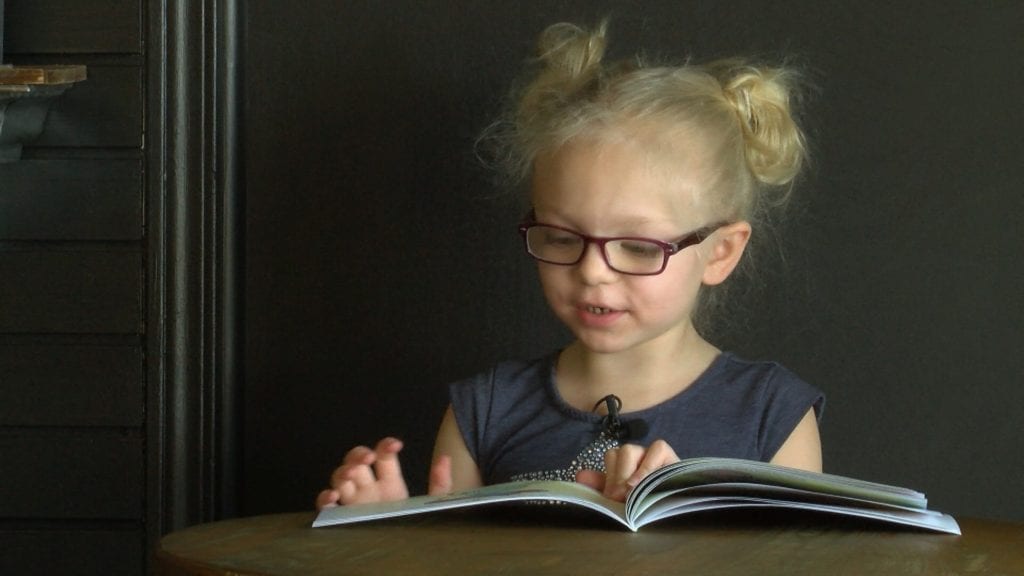 The Sugarbeet Falls author has a new inspiration in his new book: Lakey Lynn and the Permanent Passy. It’s his five-year-old daughter, Lakey, who is in kindergarten at Lincoln Elementary School.

And that she is as she’s the feature in her dad’s new book.

“My name is Lakey, I’m kind of sassy and all I really want is my passy,” Lakey read.

Her passy is her beloved pacifier that she recently gave up.

“I want them to know that if you have a kid that’s trying to give up their passy, this will give them some information,” Lakey said.

The story takes you through the life of a kid. Beginning at the early stages and learning to walk, to growing up and going to the dentist. Everywhere Lakey went, so did her passy.

“I know that it’s really hard, but you just got to try it for at least one night,” Lakey said.

Wise words coming from one who learned herself.

Ryan hopes to make the Lakey Lynn books into a series and conquer other everyday struggles of a five year old.

“I hope that people buy the book because it’s like for other little kids that are five to read,” Lakey said.

Ryan said he is currently working on his third book for his Sugarbeet Falls series.