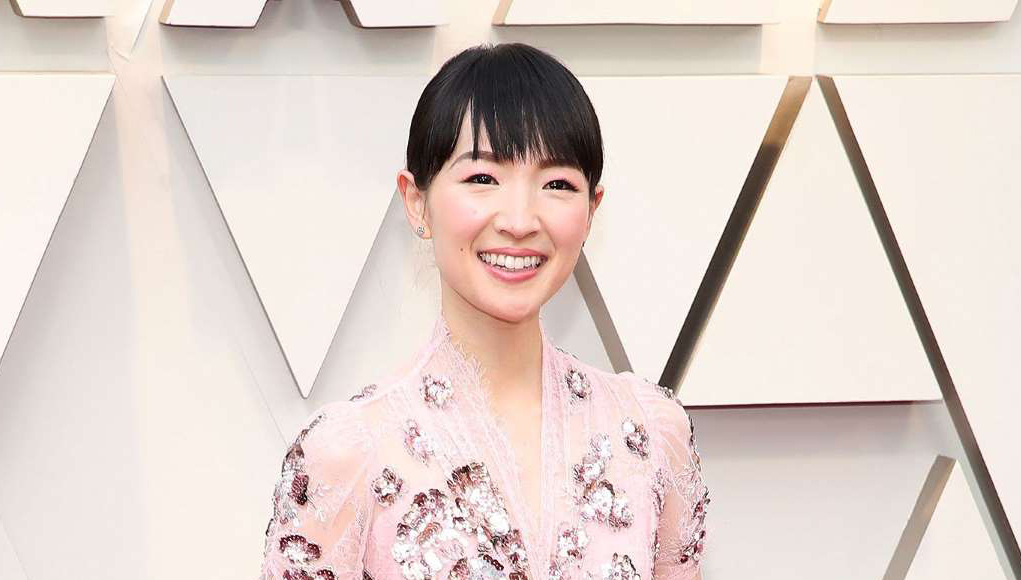 Lifestyle and organizational expert Marie Kondo is one of the biggest names in television this year. With her Netflix show Tidying Up with Marie Kondo making waves on TV in 2019, the calming KonMari creator is now taking on film’s biggest night. Marie Kondo attended her first Oscars, and if her look doesn’t spark joy in your heart, I don’t know what will.

Kondo, who is also the author of The Life-Changing Magic of Tidying Up and Spark Joy, was invited by Access to attend the award show, and the on-air entertainment news show helped the tidying maven find the perfect dress for the night. In a behind-the-scenes Access video, Kondo says she was looking for a dress that “sparked joy” for her — and her final look certainly delivered.

Kondo wore a light pink gown with sequined pink flowers throughout the entire length on the Oscars red carpet. The dress — which featured a V-neck, short sleeves, and a tiny train — was made of delicate blush lace for an ultra-feminine look. The blush dress complemented her skin tone, and mimicked Kondo’s delicate personality.

The dress, which was designed by Jenny Packham, was chosen by Kondo with the help of Access style expert Kit Hoover and figure skater Adam Rippon, who also happens to be a style star in his own right.

You can peep Kondo’s dress shopping adventure in the Access video below. In the video, Kondo calls the dress “cute,” which was apparently the look she was going for given the final choice. A look she can’t commit to, however, is Rippon’s notorious harness, which he wore to the Oscars last year. She’ll leave that one to him.

On the red carpet, Kondo’s iconic hairstyle was pulled back into a sleek and simple bun. But, don’t worry, her bold, blunt bangs were still on full display. Keeping her makeup minimal, Kondo went for a light pink lip, black eyeliner, and rosy cheeks.

To accessorize the look, Kondo wore sparkly studs and a few delicate rings. Otherwise, she let the glam and gorgeous gown speak for itself — and it definitely spoke volumes. 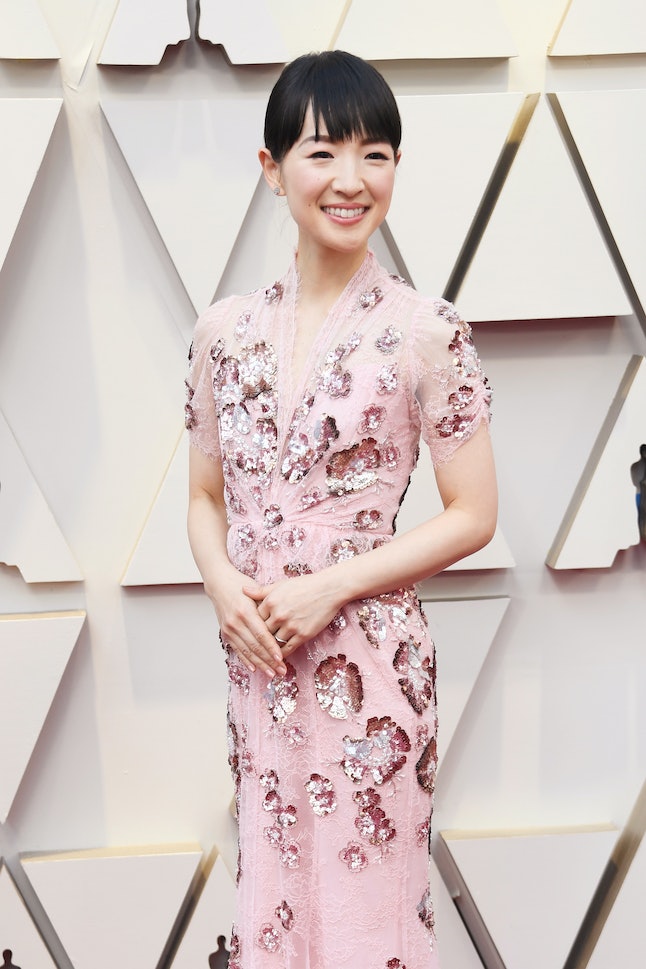 Prior to the show, Kondo told Access she was most excited to see Best Supporting Actress nominee Emma Stone on the red carpet, according to a press release from the entertainment news show. But A Star Is Born actors Bradley Cooper and Lady Gaga were next on her list of must-see A-Listers. Here’s hoping she gets the chance to see some film stars in the flesh, especially her top picks.

The Oscars aren’t a television award show, meaning Kondo has zero stakes during the broadcast. She can simply enjoy her night on the red carpet, and flaunt a perfectly pink look while she’s at it.

Kondo and her blingy blush dress certainly made a strong red carpet debut at film’s biggest night. And after all she’s done for our previously cluttered homes, she deserves a night off to mingle with the best of them.