Home Reviews ‘Coming Out as Dalit — A Memoir’ review: A Dalit who stopped...

Memoirs by Dalit writers tend to be documents of suffering. They are testaments of the atrocities heaped upon them by India’s indigenously developed misery-generating machine known as the caste system. But violence and humiliation are not the only forms of caste oppression. There are other, more insidious, yet equally devastating forms of abuse that caste inflicts. One such is being forced to live your life pretending to be of another caste, terrified of your true identity being discovered. 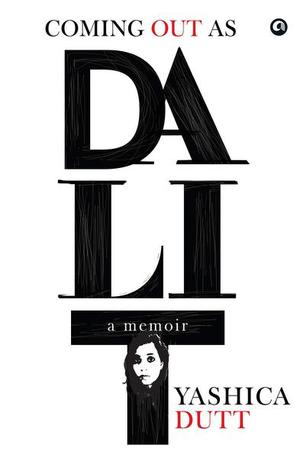 Journalist Yashica Dutt’s Coming Out as Dalit documents the torment of such a life, and how she worked up the courage to discard pretence and embrace her identity as a Dalit. The book is a mix of memoir — of a Dalit who pretends to be a brahmin, until she doesn’t — and social commentary, interspersed with brief historical fragments about the Dalit movement. The personal narrative alternates with observations on caste, “the invisible arm that turns the gears in nearly every system in our country,” in Dutt’s memorable words.

Dutt was born in Ajmer, Rajasthan. Her father was a civil servant with the State government. Her mother, whose dream of joining the IPS was wrecked by a difficult marriage to an alcoholic, worked a series of hard, low-paying gigs to put her children through school. What stands out in Dutt’s account of her childhood is her mother’s determination to give her children an upper caste, middle class upbringing. An integral part of her strategy to achieve that aim was to pass them off as upper caste, middle class.

This entailed, among other things, pressuring her daughter to follow, from a very young age, a regimen of personal grooming designed to make her look fairer, and unlike the stereotypically dark-skinned Dalit. Though financial hardship made it tough, Dutt became adept at living the lie. Whenever anyone asked her about her caste, she told them she was a brahmin. As for her Dalit identity, it lay “deeply buried beneath layers of convent education, urban upbringing and a hardened resolve to avoid engaging with anything related to caste.”

Coming Out… covers new territory by mapping a Dalit experience that hasn’t received much attention except on Dalit platforms: the dislocation of the self that follows the suppression of one’s caste identity, and the difficult personal journey whose starting point is shame and destination is pride. Even in urban India, where caste is supposedly not an issue anymore, ‘coming out’ is not an easy option for a Dalit. For Dutt, as she herself admits, the decision was made somewhat easier by her location. By then based in New York, she knew that geographical distance insulated her to some extent from any toxic fallout.

The book opens with an account of what prompted Dutt to come out as a Dalit. Two weeks before Rohit Vemula hanged himself from a ceiling fan in January 2016, he had sent a Facebook friend request to Dutt. She had deleted it. She did so because she “deleted all unsolicited requests from people I didn’t have enough friends in common with.”

As she sat reading his suicide note, thousands of miles away in New York, the irony wasn’t lost on Dutt. She may not have had many friends in common with Vemula. But she did have in common with him something elemental: caste. They were both Dalits. There was, however, a big difference: while Vemula wore his caste identity as a badge of pride and paid the ultimate price for it, Dutt had spent her life hiding it from the world.

It was Vemula’s political commitment to Dalit dignity that triggered the chain of events which culminated in his institutional murder. On the other hand, Dutt’s success at masking her Dalit identity probably protected her from the kind of abuse that overwhelmed Vemula. As she writes, “In Rohith’s letter I saw this bizarre possibility that, under a slightly different set of circumstances, his short life could have been mine.”

Vemula’s death and his parting words had an electrifying effect on Dalits all over the world. It also politicised a young girl who had become “so good at pretending to be upper caste that I almost forgot I was Dalit.” Until then, Dutt had lived in perpetual “fear of being caught, the fear of losing friends, respect and even my bylines.” This overarching fear made her hate herself, and to want to be someone else. “I wanted to be like my colleagues who were not hiding, not scared, not Bhangi and therefore better than me.” Vemula’s martyrdom changed all that.

From being someone desperate to escape “the humiliation of being ‘discovered’ as Bhangi”, Dutt becomes someone who “was forever taking away their power” to humiliate her — by exposing the lie herself.

“In a way, I was turning my Dalitness into a gold medal of ancestral pride and suffering. I was going to proclaim openly and proudly that I was DALIT.” Dutt’s Facebook post announcing her Dalit identity shocked many of her friends and acquaintances. It also changed her life in a fundamental way: “I wasn’t scared of my Dalitness anymore.”

Written in lucid prose and framed by a strong commitment to Dalit rights and gender justice, Coming Out… is bound to resonate with victims of caste injustice. It will also, hopefully, sensitise the ‘caste-blind’ to the many forms of discrimination and everyday casteism that often go unchallenged.