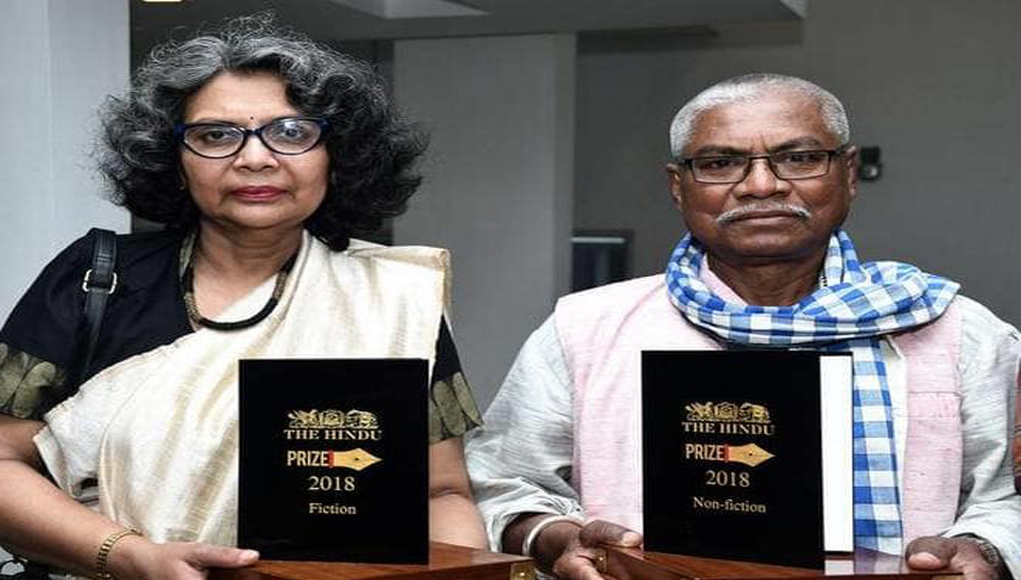 Historian and biographer Rajmohan Gandhi handed over the award to Mr. Byapari in the presence of his translator Sipra Mukherjee.

Noted English writer Neelum Saran Gour, author of Requiem in Raga Janki and Bengali writer and socio-political activist Manoranjan Byapari, author of Interrogating my Chandal Life: An Autobiography of a Dalit, bagged The Hindu Prize 2018 for fiction and non-fiction respectively at The Hindu Lit for Life 2019 here on Sunday.

N. Ravi, Publisher and former Editor-in-Chief of The Hindu presented the award to Ms. Gour. In her acceptance speech Ms. Gour said she was short of words to describe the feeling and thanked the jury for the award. The award includes a citation and a cash prize of ?5 lakh.

Mr. Ravi said literature and writing have been of particular interest to The Hindu as a newspaper and The Hindu Prize for Fiction was instituted in 2010 to recognise excellence in Indian writing in English. “Since then, we have been gratified that the number of books coming for consideration, the quality of writing and the variety of themes have all grown substantially.”

Director of The Hindu Group of Publications and Festival Director and Curator of The Hindu Lit for Life Nirmala Lakshman and members of the jury — Malayalam writer Paul Zacharia, writer and author Githa Hariharan, writer and critic Radha Chakravarty, poet A.J. Thomas and poet and artist Arundathi Subramaniam were present on the occasion.

Historian and biographer Rajmohan Gandhi handed over the award to Mr. Byapari in the presence of his translator Sipra Mukherjee. Though The Hindu Prize has been given for fictional works, the award for non-fiction was instituted this year. The prize includes a citation and a cash award of ?5 lakh.

An emotional Mr. Byapari said whatever he wanted to speak was already published in his book and said: “I didn’t think I will reach here!” Members of the jury for the award – sociologist and academician Shiv Visvanathan, former Consulting Editor of Seminar Harsh Sethi, publisher Kamini Mahadevan and sociologist and scholar Chandan Gowda were present.