Home Authors An Author Canceled Her Own YA Novel Over Accusations of Racism. But... 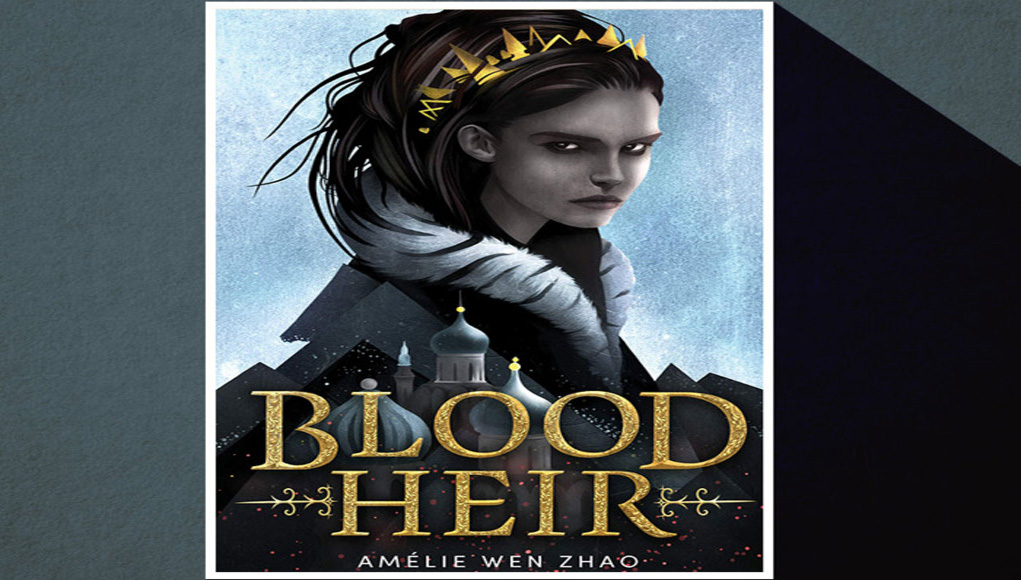 On Wednesday, Amélie Wen Zhao, author of the upcoming YA fantasy novel Blood Heir, announced that she asked her publisher, Delacorte Press, “not to publish [the book] at this time.” Blood Heir was born from a Twitter pitching event for marginalized creators, and it secured Zhao both an agent and, eventually, a six-figure book deal. The novel was going to be published in June, but amid rumors of racial insensitivity (and, to a lesser extent, plagiarism), Zhao ultimately issued an apology and put her debut on an indefinite hold.

The controversy surrounding Blood Heir has since spread outside the impassioned YA community, with some supporting Zhao’s decision, others decrying it as the result of a “Twitter mob.” Here’s a guide to what happened, so you can decide for yourself.

What is Blood Heir about?
Blood Heir is—or maybe I should say was—the first book in an intended fantasy trilogy. The story is a loose retelling of Anastasia, only with magic and more racially diverse characters. In the fictional Cyrilian Empire, Princess Anastacya Mikhailov has been forced to live in secrecy because she shares the same blood and powers as the empire’s enslaved population, Affinites. When Ana is framed for her father’s death, she sets out to find her father’s killer.

Why are so people so mad about it online?
In a nutshell, some YA influencers in the Twitterverse accused Zhao of racial insensitivity, among other things. This led to both a Twitterstorm and one-star Goodreads reviews, including one in particular that accused the novel of “anti-blackness”.

Hold on, what is a “YA influencer,” exactly?
They’re YA authors and fans with substantial followings who are attuned to trends in young adult fiction and often push for better representation and diversity within the genre. Some of them receive Advanced Readers Copies, or ARCs, so that they can preview books similar to professional critics before they’re published.

How did the Blood Heir controversy begin?
It’s hard to pinpoint an exact moment, but last week, Twitter user @LegallyPaige accused Zhao of compiling screenshots of people who weren’t fans of Blood Heir ahead of its release and harassing them: “I’ll tell you which 2019 debut author, according to the whisper network, has been gathering screenshots of people who don’t/didn’t like her book and giving off Kathleen Hale vibes: Amelie Wen Zhao.” (@LegallyPaige has since made her account private.)

This opened the floodgates, with others accusing Zhao of plagiarism and of her book being offensive to African Americans. YA novelist L.L. McKinney voiced her displeasure with this particular description of the book:

In a world where the princess is the monster, oppression is blind to skin color, and good and evil exist in shades of gray…comes a dark Anastasia retelling that explores love, loss, fear, and divisiveness and how ultimately it is our choices that define who we are.

The description led McKinney to also state that the book was “pretty much about” the oppression and slavery faced by the African American community.

Explain to me how you write a book pretty much about slavery and oppressions suffered by the Black community, such as a system that uses not only slaves but people “arrested’ by the authoritative system in place to be used as relatively free labor, but “oppression is blind to

Author Ellen Oh, known for the Prophecy series, also made comments that seemed aimed at Zhao (and later applauded Zhao for canceling the publication).

Dear POC writers, You are not immune to charges of racism just because you are POC. Racism is systemic, especially anti-blackness. And colorblindness is extremely tone deaf. Learn from this and do better.

How did Zhao respond to the uproar?
Zhao posted an apology on Twitter in which she revealed she asked her publisher to hold off on publishing Blood Heir.

To The Book Community: An Apology pic.twitter.com/SCdYMOSLOA

Wow. So the accusations were true?
Well, after actually reading Blood Heir, we’re not entirely convinced.

Is there any merit to the plagiarism charge?
Barely. The main basis for such an accusation seems to be a line in Chapter 21. The main protagonist, Ana, tells her dying friend May:

The quote is identical to popular Tolkien quote from the second Lord of the Rings book in which Sam begs Frodo to wake up: “Don’t leave me here alone! It’s your Sam calling. Don’t go where I can’t follow!” But as others have noted, the idea is rooted in the Bible.

These seem like pretty common tropes. But you said people were also mad about racial insensitivity, right?
Right. The issue that has most inflamed YA Twitter is the alleged racial insensitivity toward the black community. Influencers are saying that the book shows a black girl being rescued from the slave trade and subsequently dying so that the white protagonist can live.

That sounds like a bummer.
Agreed. However, that interpretation may not be correct.

Why not?
Well, for starters, we’re really not even really sure that the character in question, May, is black.

Huh?
Yep. After reading a few descriptions of the character, it’s difficult to be 100 percent certain, but May is described several times as having “ocean-blue eyes” or “aqua marine eyes.” Her skin is initially described as “bronze” and then “tan” on second reference. Her “brown curls” are also not necessarily indicative of a particular race.

What about the slavery aspect?
In her apology, Zhao explained:

The issue around Affinite indenturement in the story represents a specific critique of the epidemic of indentured labor and human trafficking prevalent in many industries across Asia, including in my own home country. The narrative and history of slavery in the United States is not something I can, would, or intended to write, but I recognize that I am not writing in merely my own cultural context. I am so sorry for the pain this has caused.

So … the author has said that the American slave trade was not the inspiration and the character might not even be black?
Correct.

Does that mean Zhao stalled the publication of her book over false claims?
That still depends on your point of view—McKinney maintains that the book perpetuates anti-blackness even after all this—but if not false claims then maybe claims driven by passion rather than facts. As the overwhelmingly white publishing industry pushes toward more inclusive and socially aware storytelling, public scrutiny has only gotten harsher. While it is important to hold both industries accountable and push for greater progress, it’s important to make sure these claims are truly valid.

Why does this situation sound so familiar?
Because this isn’t the first time something like this has happened. In 2017, a novel called The Black Witch by Laurie Forest famously faced major backlash and accusations of racism prior to its release. The novel follows a girl named Elloren who was raised to believe other (fictional) races were inferior to her own. However, she begins to question those beliefs, ultimately joining a rebellion to fight back. Like Blood Heir, the book was meant to be the first in a series, but was quickly called out for the comments made by racist characters. This led to a flurry of angry Twitter comments and one-star reviews, some of which were based on out-of-context quotes that were shared online.

What’s next for Zhao?
While the future of the Blood Heir series in particular is uncertain, Zhao’s relationship with her publishing house seems to be in good standing, at least publicly. In a statement to the New York Times, Random House Children’s Books, Delacorte’s parent company, said, “We respect Amelie’s decision, and look forward to continuing our publishing relationship with her.”

“It is practically a myth-buster that questions the expectation from leaders to be perfect and infallible”, says Pawan Verma in a recent Interview

Political Musings and Journal Entries of a Lazy Author – Sabarna...

Moving Images: Musings and Journal Entries of a Lazy Author –...