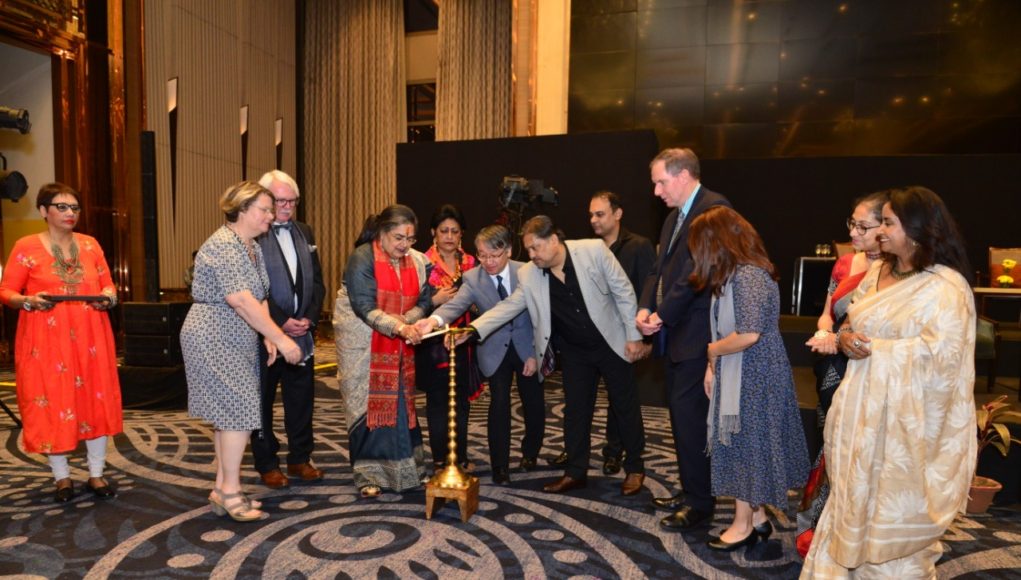 Sabarna Roy is a much awarded, critically acclaimed bestselling author of 6 literary books: Pentacles; Frosted Glass; Abyss; Winter Poems; Random Subterranean Mosaic: 2012 – 2018, and Etchings of the First Quarter of 2020. He is the lead author of a technical book, which has been published from the European Union and has been translated into 8 major European languages.

He has been awarded the Literoma Laureate Award in 2019, Literoma Star Achiever Award 2020, Random Subterranean Mosaic: 2012 – 2018 won the best book of the year 2019, the A List Award for excellence in fiction by the NewsX Media House, Certificate for The Real Super Heroes for spreading a spirit of positivity and hope during the COVID-19 Pandemic from Forever Star India Award 2020, the Certificate for Participation in the Indo Russian Friendship Celebration 2020, and the Literoma Golden Star Award 2020: Lifetime Achievement.

A Fantastic Woman
Debjani and I watched A Fantastic Woman, a Chilean film – co-produced by German and Spanish producers along with Chilean producers – and directed by Sebastian Lelio and written by Sebastian Lelio and Gonzalo Maza, at PVR Cinema on Sunday in the only show running in Kolkata at 8.45 pm. The film is a 104-minute feature and has bagged the 2018 Oscar for Best Foreign Feature Film along with many other prestigious awards at many film festivals. Sebastian Lelio is the director of Gloria, which won the Golden Bear at Berlin Film Festival in 2013. It is about a determined divorcee who hits the Santiago singles’ circuit.

At PVR Cinema, Mani Square, we were only 5 people watching this movie, A Fantastic Woman, a narrative of exceptional simplicity and lucidity and yet very layered and intriguing.

In A Fantastic Woman, Marina and Orlando are in love and planning for the future. Marina is a young waitress and aspiring singer. Orlando is 20 years older than her, and owns a textile company. After celebrating Marina’s birthday one evening, Orlando falls seriously ill. Marina rushes him to the emergency room, but he passes away just after arriving at the hospital. Instead of being able to mourn her lover, suddenly Marina is treated with suspicion. The doctors and Orlando’s family don’t trust her. A woman detective investigates Marina to see if she was involved in his death. Orlando’s ex-wife forbids her from attending the funeral. And to make matters worse, Orlando’s son threatens to throw Marina out of the flat she shared with Orlando. Marina is a transgender-woman (played by transgender actor Daniela Vega) and for most of Orlando’s family, her sexual identity is an aberration, a perversion. So Marina struggles for the right to be herself. She battles the very same forces that she has spent a lifetime fighting just to become the woman she is now – a complex, strong, forthright and fantastic woman.

The ending where Marina dissolves her melancholy in an operatic performance to a packed audience is a grand finale to a brilliant tale of loss and longing.

The cinematography, editing and performances are sparkling. The background score could have been better.
A must watch!

Dunkirk
That first shot of men on a street in a shower of paper on which their deaths are foretold — brilliant.

Before the evacuation of Dunkirk is a story of defeat by the French soldiers to the invading German soldiers and conquest of France from the south by the Germans. The Germans had planned to push the remnant British (mostly), Canadian, French and Dutch soldiers to the beach of Dunkirk and kill them by aerial bombing. Winston Churchill was involved in his own petty politics of showing to the British citizenry, by saving the lives of 30,000 British soldiers out of a total of 400,000 soldiers, that he had participated in a sincere plan of evacuation. But the soldiers and generals and the common citizens of Britain, devoid of politics for the moment, participated in an unexpected game of survival, which has been historically texted already. Dunkirk, the film, by Christopher Nolan is about this general narrative of survival while the political leadership of Britain plays games with it, which is deftly portrayed by a few dialogues between the military leadership and a voice-over in the end. The styling of the film is masterly; told from three vantage points: the beach / land – 7 days (where time travels fastest), the English Channel / water – 1 day (where time travels relatively slowly) and the French skies / air – 1 hour (where time travels slowest). They all meet at one point, which can almost make you cry. Photography by Hoyte Van Hoytema is spellbinding. Music by Hans Zimmer is pulsating and dramatic making us remember the passing of time. Very many poignant moments have been stitched together by way of wonderful cutting to give us a war cinema of a very different kind, not tried before.

The Martian
The Martian – What happens to you when you are stranded in Mars alone? You become a Robinson Crusoe without his ManFriday. The technology stuff is too heavy apart from the application of botanical laws and mathematics on Mars. Matt Damon is too good. He holds out. Other characters are distracting and very often irritating. The basic premise of the film is overdone – remain positive in the face of invincible extinction (death). Humour is good but overused. Instead existential questions could have been explored amidst the vast expanse of the Universe – that is the red desert in Jordan. And to think of American and Chinese scientists cooperating with each other without their political masters getting involved is too hypothetical.

Talvar
Talvar – Based on the Aarushi and Hemraj murder case. A very taut and truthful script. Well executed. Dispassionate to a large extent. In the end slightly tilted in favour of the parents unlike Rashoman (Akira Kurosawa) with which the film is being loosely compared. The verbal duel between the 2 sides of views in the CBI – one, that believed the servants to be the killers and the other, which believed the parents to be the killers – is wonderfully dramatized with the help of sparkling dialogues. This is the high point in the film. Tabu is very good in her guest appearance, but the appearance itself was redundant in the film. The acting performances of the core players and the supporting cast are very good.

The Intern
The Intern –  A refreshing comedy about a senior intern (Robert De Niro) getting to solve some of the personal and professional problems of the promoter (Anne Hathway) of a start-up venture. A very refreshing script. Well directed. Well written dialogues. The supporting cast is great. The ending is once again mushy-hushy romantic stuff. Could have had a matured ending instead.

Raman Raghav 2.0
The pivot of the film – Raman Raghav 2.0 –  is the portrait of the serial killer. The creature of Mumbai mythology and folklore is brought alive with added shades of the dark and the menacing in this brand new avatar by Anurag Kashyap. Set in present day Mumbai the story follows the life of a serial killer Ramanna who is inspired by an infamous serial killer from the 1960s, Raman Raghav and kills for the sake of killing and its adjunct joys. His strange obsession with Raghavan, a young cop keeps growing as he closely follows him without his knowledge and often creates situations where both of them come face to face.

A must watch for the uncomplicated storytelling of a difficult subject and the mind-blowing and overpowering performance by Nawazuddin Siddiqui. Somehow, Nawazuddin’s character’s dialogues in Chapter 8 of the film reminded me of M Night Shyamalan’s classic film Unbreakable.