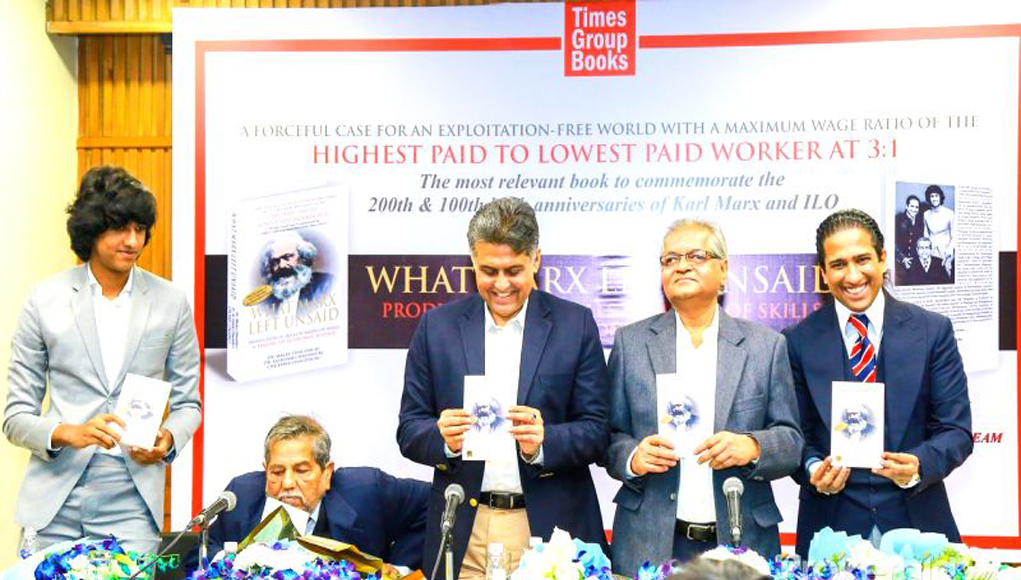 The book is on a theory of economic justice that creates a case for an exploitation-free world with a maximum wage ratio of the highest paid to lowest paid worker at 3:1.

It was launched on Sunday to commemorate the 200th birth anniversary of Karl Marx.

The book elaborates why human beings must earn according to their skills, which in turn determines their ability to contribute in society. It also contends that skills must be measured fairly.

The book is jointly written by three generations of authors from the same family, and has been published by Times Group Books.

‘Tell Her Everything’: Mirza Waheed’s new novel affirms that we are all many shades...

‘Manto Saheb — Friends and Enemies on the Great Maverick’ review: Words on Manto

Jatin Khandelwal – a mind blowing ‘storyteller’ is off the block...