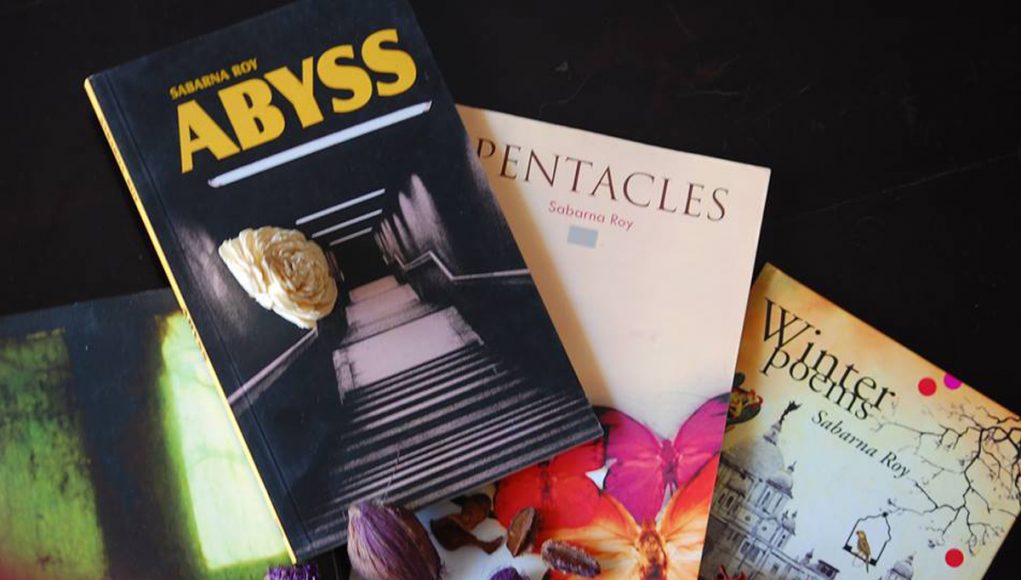 Mr Sabarna Roy, a First-Class Civil Engineer, is the author of five bestselling fictional books. He graduated from Jadavpur University, Kolkata, West Bengal, in the year 1988 and presently is the Senior Vice President (Business Development) of Electrosteel Group.

His first three books ‘Pentacles’, ‘Frosted Glass’ and ‘ABYSS’ were published by Frog Books Publication. The books belong to mixed genres– finest amalgamation of poetry, stories and play. His later books ‘Winter Poems’ and ‘Random Subterranean Mosaic: 2012–2018’ were published by Leadstart Publishing which grossed as bestsellers.

Pentacles comprises one long story and four short poems by Sabarna Roy. The work delightfully bridges the gap between the mundane and arcane writings of today and provides an interesting, yet intellectually stimulating, treat for the discerning reader.

Abyss is a full length play in two acts with an interval in between. It is essentially a racy crime thriller full of gritty suspense.

The poems contained in this collection, Winter Poems, by Sabarna Roy were inspired by the relatively mild season that prevails in Kolkata following the season of festivities, the Durga and Kali Puja, and portray myriad shades of human life.

Random Subterranean Mosaic: 2012–2018 is a kaleidoscope of random, yet mysteriously structured to a pattern, fiction, semi-autobiographical, and autobiographical pieces, covering poems, short-shorts, opinions, observations, and conversations.

Apart from literary publications, Sabarna Roy is equally talented in technical writing and many of his technical articles and research papers have been presented at international conferences, earning him huge fame and respect. Roy says: “All my life I have struggled to achieve an optimal lucidity in language and expression that is required to demystify the hidden self and selves and agendas. I hope I have achieved this in a large measure in the fifth book of mine!”