Home News India-Pakistan authors come together to re-trace a woman who belonged to both... 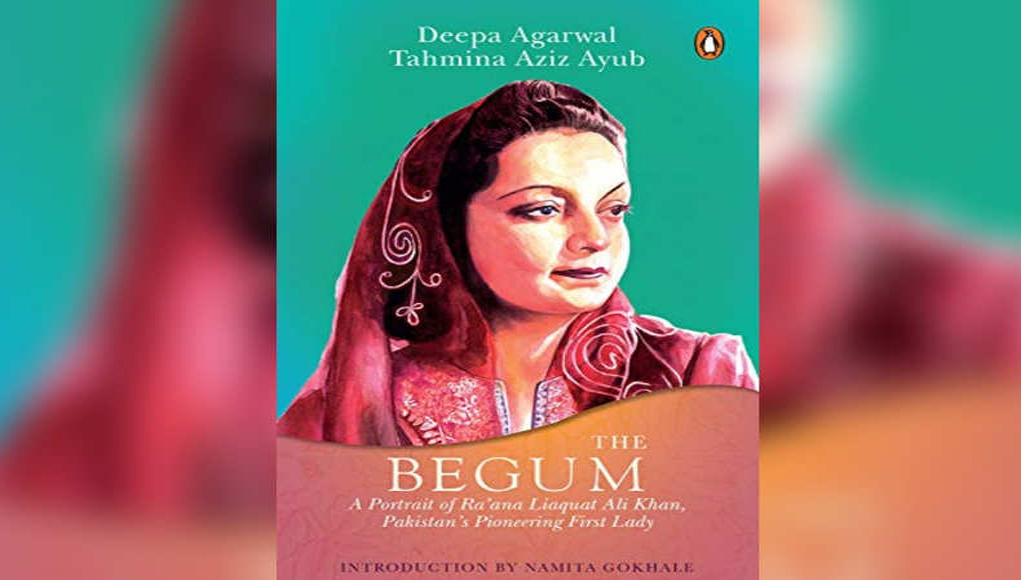 A timely book tries to point to how much India and Pakistan have in common. “The Begum: A Portrait of Ra’ana Liaquat Ali Khan, Pakistan’s Pioneering First Lady,” is authored by Indian poet-translator Deepa Agarwal and Pakistani writer Tahmina Aziz Ayub, with an insightful introduction by acclaimed Indian writer Namita Gokhale.

The book traces the life and times of Begum Ra’ana Liaquat Ali Khan, who was the wife of Pakistan’s first Prime Minister, Liaquat Ali Khan. But there is a story behind the story that few are aware of. She was born Irene Margaret Pant in the Kumaon hills in the early 20th century. Her family had converted to Christianity a generation earlier.

The protagonist comes across as an intelligent, outgoing and independent woman. She was teaching Economics in a Delhi college when she first met “the dashing Nawabzada Liaquat Ali Khan”, then a rising politician in the Muslim League.

As per the assertions in the book, she was inspired by both the man and his idea, married him in 1933 and thus Irene Pant became Ra’ana Liaquat Ali Khan.

“In August 1947 they left for Pakistan-led by Liaquat’s mentor and friend, Mohammad Ali Jinnah. Ra’ana threw herself into the work of nation building, but in 1951 Liaquat Ali Khan was assassinated, and the reasons for his murder are still shrouded in mystery. Ra’ana continued to be active in public life-and her contribution to women’s empowerment in Pakistan is felt to this day,” reads the authors note in the book, published by penguin Random House India.

But she was much more than the sum total of her life in Pakistan with her story embodying several major tropes of the Indian subcontinent’s recent history.

Ra’ana, for instance, was immensely impacted by three religions: Hinduism, Christianity and Islam, and she participated actively in all the major movements of her time — the freedom struggle, the Pakistani movement and the fight for women’s empowerment in Pakistan.

She was also fierce as upon seeing what went wrong after 1947, she spoke out openly against the rise of religious conservatism in Pakistan and the growing role of corruption.

But the beauty of this book lies in the fact that it is authored by two women, one coming from India and the other coming from Pakistan. It was perhaps the only way to trace her life and rescue her story from history.

“With almost mathematical precision, her 86 years were divided into 43 years plus some months in each of her two lives. She was an intimate witness to history — the two nations, the bifurcation of East and West Pakistan, the creation of Bangladesh, the course of the Cold War, the rise of Gorbachev, and the increasingly unequivocal hold of the army in Pakistan. From Jinnah, through Zulfikar Ali Bhutto and to General Zia-ul-Haq, she spoke her mind and held her own,” Gokhale notes in the introduction.

Ra’ana Liaquat Ali Khan passed away in 1990, by when, reminds Gokhale, she was known recognised and honoured as “Madar-e-Pakistan” or “Mother of Pakistan”.

And her story is finally out on the stands now for readers from both countries to read and contemplate on the continued crisis that has come to define our bilateral relations.