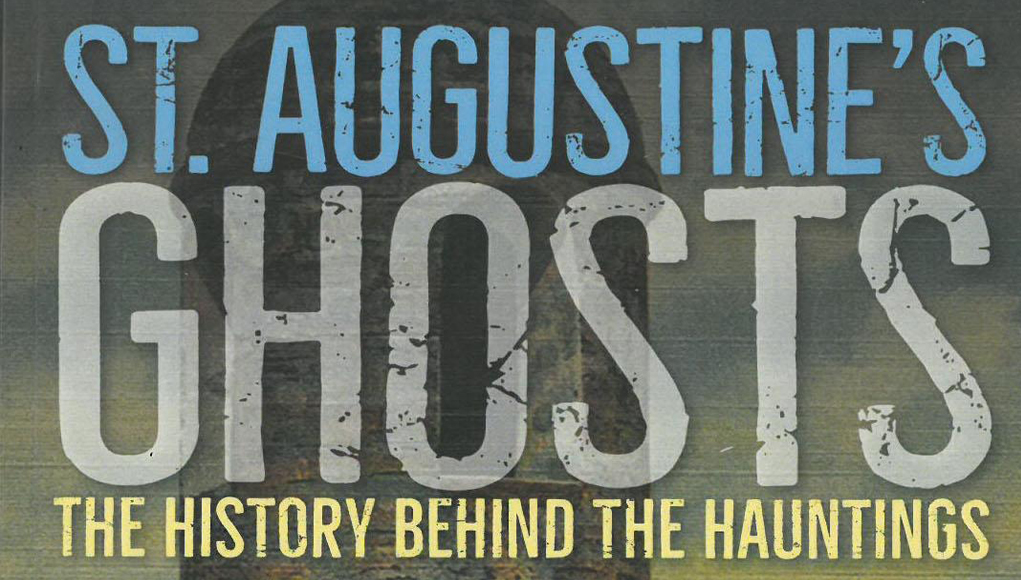 So, you would like to know what ghosts have been seen in St. Augustine during its long history. Well, local historian, Karen Harvey has that occult information in a new book for you.

The book is appropriately entitled “St. Augustine’s Ghosts” and is a pleasure to read.

Harvey has collected all the reported apparitions from the 16th to the 20th century and described them in detail along with the history of the times and places where they were seen. A dedicated historian, Harvey would never have repeated the ghost stories without relating the known history of each of the incidents. She has been writing about the history and culture of St. Augustine since she arrived here in 1978.

“St. Augustine’s Ghosts: The History Behind the Hauntings” is composed of seven chapters and includes 30 stories, beginning with an odd account dating to the 16th century. “The Laundry Lady” is the first story in the book, and her ghost appeared from out of the First Spanish Period (1565-1763). She revealed herself to several young men in the 1990s. The incident took place in the courtyard of the so-called Spanish Bakery.

Another ghostly tale from the colonial period is described in the second chapter. It involved a close friend of mine named Kenny Beeson, now sadly deceased. Beeson, who earned an master’s degree in history at the University of Florida and later become mayor of St. Augustine, experienced strange smells, sounds and visions in the downtown store where he worked in the 1960s. The store, which he eventually owned, was called Kixie’s and stood on St. George Street, a block from the plaza. Although I never had similar experiences when visiting him in the store, Beeson, a rational man, was certain of them. I will say no more since the author relates what happened in “St. Augustine’s Ghosts.”

I can say, however, that the story Harvey tells of Beeson’s experiences is as accurate as I remember it.

The following chapters have numerous other odd tales that have been reported and related by word-of-mouth over the years, some over the centuries. They will be believed by some and doubted by others, but I think whoever reads them will find them interesting, if not captivating. What is it Hamlet said? “There are more things in heaven and earth, Horatio, than are dreamt of in your philosophy.”