Elections have a lot to do with numbers, but they are not only about numbers. These two volumes, timed for the 17th general election of India that already gives us a sense of foreboding for the fractious social milieu in the country, prompt us to reflect and engage with India’s democratic process in an intimate and more responsible way. One is edited by S.Y. Quraishi and the other is written by Navin Chawla.

Quraishi’s edited volume is on a range of election-related topics randomly selected and has some unpredictable authors such as Ratan Tata and Naina Lal Kidwai alongside several well-known election experts like Ornit Shani, Gilles Verniers and Yogendra Yadav.

Two politicians, the late Somnath Chatterjee, and Shashi Tharoor, also offer their unique perspectives. Collectively, these essays give us enticing glimpses of the many facets of Indian elections, including historical, legal and comparative. Milan Vaishnav’s essay on confronting the influence of money and Rahul Verma’s on the roll of opinion polls and electronic media deal with the challenges to the sanctity of the electoral process.

A particularly outstanding piece in the collection is by Mukulika Banerjee on ‘why does India vote.’ Indian voters take the act of voting as sacrosanct and see it as an exercise of their equal status as citizens, her qualitative survey suggests. The act of voting itself is a form of empowerment for them.

Yadav’s essay examines how the electorate negotiates its terms with the state through elections, and also some paradoxical features of Indian democracy, where popular aspirations are realised in very modest measure but the popular trust in the system continues.

Every Vote Counts is Chawla’s account from the CEC’s perch, but it is also laced with anecdotes and snippets from history, court judgments and engages with global concerns such as fake news and unregulated propaganda that threaten democracy. While the ECI has over the years worked hard to keep the integrity of the election process intact, accusations of tampering is as old as the elections themselves. One news report, without proof, said in 1952 the steel ballot boxes could be tampered without removing its seal! Incidentally, the maximum expenditure a candidate was allowed in a Lok Sabha constituency then was ?7,000. Both Quraishi and Chawla make the point that the ECI was constituted a day before the Republic Day, in 1950 — a fact that underscores the criticality of free and fair elections in the sustenance and nourishment of a democracy. Chawla tells us about the lone voter in the Gir sanctuary for whom a booth is set up and an election party travels several kilometres, an election team that trekked 45 km up the Himalayas through snow for two days to reach a booth in 2009 in Jammu and Kashmir — all to ensure that the last woman in the periphery has a say in the affairs of this vast country, however imperfect it may be. 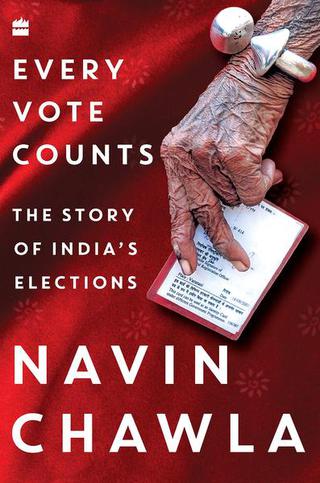 A lot of Chawla’s recollections are from the 2009 Lok Sabha election when he was CEC, but a more evocative section in the current context is on the Jammu and Kashmir Assembly election of 2008. The author, who otherwise maintains a detached poise as he narrates moments that he is personally involved in, is passionate in his description of how he fought the then CEC N. Gopalaswamy to ensure that elections were held in time in the troubled State. The CEC was opposed to conducting the elections then. As it turns out, Chawla and Quraishi, both commissioners, pushed ahead with the elections amid turmoil. He also recounts in some detail how one of his predecessors J.M. Lyngdoh walked the extra mile in 2002 to restore the lost credibility and integrity of the election process in the State, which was one reason for Jammu and Kashmir’s aggravating alienation from the rest of India and militancy.

In 2008, the ECI built on that to enhance the popular trust in the system. The line between democracy and majoritarianism is breached with violence and impunity these days. These books remind us why every vote must count.